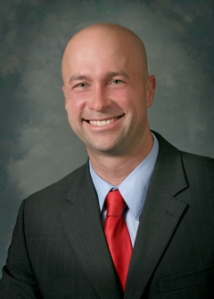 There has been a lot of anger from some people in Las Cruces over an initiative to collect signatures to recall three city council members from their positions; Olga Pedroza, Gil Sorg and Nathan Small. All three identify as liberals and have responded in typical fashion to charges of improper and unethical behavior in their elected positions; they’ve responded with defensiveness and smug self-righteousness. In the case of Nathan Small, fear of losing his position that has led him to flip-flop more desperately than a fish in the sand. There are plenty who are coming to their defense the only way that liberals seem to know how to…by attacking others. In this case, the attacks have been leveled at the people involved in the recall initiative. Many are trying to diminish the leadership of those spearheading the recall initiative by pointing out that some are not native New Mexicans and therefore, in their eyes, don’t have a legitimate right to get involved. They do this while ignoring that two of these three council members aren’t New Mexico natives, either. They’re accusing those who are collecting petition signatures of lying in order to get those signatures, misrepresenting either the wrongdoings of the council members or claiming that the petition is about an entirely different issue than the recall. Of course, none of those making those accusations have so far produced a single scrap of supporting evidence while many people, myself included, have witnessed nothing other than honest representation from these signature collectors. While this sort of behavior from the left had come to be pretty much expected, one individual has crossed the line so blatantly that it’s caught nearly everyone off guard.

As reported on the local Las Cruces radio show, The Kelly O’Connell Show on January 19, NM State Representative for District 33 (Doña Ana County) Bill McCamley engaged in what amounts to an aggressive assault against a young lady here in Las Cruces.
Earlier this month, the 19-year-old girl, who was working to collect signatures for the recall of Olga Pedroza, knocked on a door that appears now to be the address that Bill McCamley claims as his residence. A woman answered the door and, when presented with the petition, asked some questions which the girl answered. The woman then signed the petition. At that point, the girl then asked if there was anyone else at home who might be willing to sign. The woman pointed to a car that was pulling up at the house and said that the man driving might sign. She went over to talk to the man, who turned out to be Bill McCamley, although she did not recognize him. When he realized what her petition was for, he began yelling at her and then began yelling at the woman at the front door for signing the petition. In order to avoid confrontation and make matters worse, the girl began walking away from the house. At that point, McCamley started running after the girl, yelling at her again. Fearful for her own safety at this point, she called her supervisor, who was only about a block away. By this point, McCamley was right up on the girl, yelling right in her face. The supervisor arrived and witnessed this and actually stated that, as being trained and licensed for concealed carry of a firearm in New Mexico, if she had been carrying her handgun that night, McCamley’s behavior was so aggressive that she would’ve considered drawing her weapon for defense.
The signature collector was quoted on the Kelley O’Connell Show as saying after the incident, “In this job, I anticipate getting chased by a dog, but I never imagined it would be the state representative. I was pretty scared.”
A police report was filed that night, but nothing has come of this story so far. The local newspaper, The Las Cruces Sun News, hasn’t even mentioned it. Afterwards, though, McCamley did make a statement on his Facebook account that he said was an apology, but was severely lacking in the language or appearance of remorse one might expect from a sincere apology of any substance. He wrote:

“OK, so I owe an apology. A canvasser for Close the Cafe came by my house looking for signatures to remove Olga Pedroza from the City Council. I asked why, and there was no answer given. I then went and spoke to her supervisor, and asked the same thing. When no answer was given, I raised my voice and took a frustrated and intense tone of voice in the conversation.
I didn’t touch anyone, or threaten anyone. I want to make that perfectly clear. However, raising my voice isn’t right. Though I disagree passionately with that movement (as it sets a horrible precedent for elected officials), discourse should be held in a civilized and polite manner. And that young, paid canvasser who came by my house certainly isn’t responsible for this issue. You all deserve better from your public officials, especially me.
And you have my word that sort of thing will never, ever happen again.”

Apparently, McCamley thinks that because he didn’t touch her or “threaten” her, what he did wasn’t so bad. While it’s true that, had he touched the girl, he would’ve been guilty of assault and battery, if it can be proven in court that he behaved as is being reported, then he still committed a crime: assault. Typical for someone like Bill McCamley, he is trying to diminish the seriousness of his behavior and blow it off as not being a big deal, saying it will never happen again. As a rule, that defense tends to stop being at all effective once a person is more than about eight years old.
The only defense that’s come close to being even slightly substantive has come from people like local radio host Keith Whelpley, who simply says that he doesn’t believe that he’s capable of that kind of behavior. Thank God that our system doesn’t simply weight guilt or innocence on the level of belief that those that know them have regarding the charges. If that we’re the case, we’d never convict serial killers due to the testimony of others as to their character (ie. “He was always quiet and kept to himself,” and “He was a good, thoughtful neighbor.”)
So, let me make two quick points, the second one carrying no more weight than anyone else’s thoughts about ‘belief’ of guilt or innocence: 1) Anyone is capable of just about anything. Failure to acknowledge that is simply ignorant and will regularly lead to disappointment at best. 2) From the online dealings I’ve had with Bill McCamley, the way I’ve seen him treat others and what I’ve heard from other people about his behavior, I have absolutely no problem believing him capable of going after someone he perceived as weaker than him and easily intimidated by him. He has struck me as an intellectual bully from the first time I was ever exposed to him and it’s a short road from that kind of bullying to other, more hands-on types.
Should the evidence prove that Bill McCamley did indeed attack this girl, there are three things I really hope happen. First, I want to see McCamley publicly humiliated as his actions are exposed for all to see and therefore lose any chance at serving in public office again. Second, that maybe he’ll even finally realize what it feels like to be honestly regretful of his behavior instead of just playing not so subtle lip service. Finally, and most importantly, I hope this girl finds the strength inside herself and realizes that, while fear is a perfectly natural reaction to a situation like she, it was McCamley who was reacting to her and what she was representing with fear and irrationality. I hope she comes to accept that, when you shine light into dark places, those that thrive in the dark may desperately try to extinguish the light, but they only strength they can ultimately bring against you is a false strength. True strength always comes from the light, not the shadows.